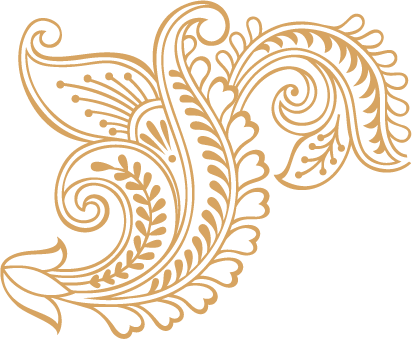 Greater India has been ruled by hundreds of dynasties over time. We carry the influences of those periods through our heritage and bring those stories to your plate.

Santokh and Mini moved to Australia in the mid 1980’s. They landed and drove straight to Santokh’s elder brothers restaurant in Crows Nest called ‘Shehnai’ where the family toiled away for close to 18 hour days –  7 days a week to bring Aussies the little India they could pass on from their own upgringing.

In 1993 Santokh and Mini finally had the chance to make something their own and they went on to open Grace of India –  It was a booming success from day one and become a community favourite. Grace of India has since been the second home to thousands of people across the Lower North Shore.

At Grace we make close to everything we can in-house. We make our own masala’s, cheeses, naans etc in the way those recipes are made in India. We want to bring you as close to the true Indian taste as we possibly can! Come test us!

When you walk through the doors of Grace you’ll feel the warmth of a family atmosphere. To this day Grace operates through Santokh and Mini and their two sons Inderpreet and Prabpreet. They share the resposabilities of cooking, serving and smiling and look forward to making you feel at home.

Grace of India brings you 3 generations of recipes served in a family environment and we’re happy to accommodate any request.

Proudly brought to you by

© 2020 Grace Of India | All rights reserved | Powered by ODDBALL MARKETING